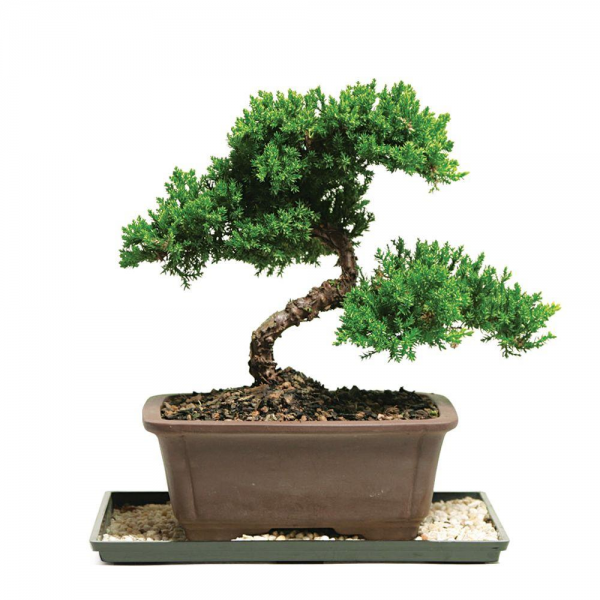 Juniper is a hardy evergreen plant commonly used in the art of Bonsai. In this intermediate workshop, participants will plant and create their own Juniper Bonsai specimen. Instruction from Telly’s Bonsai Artists will include plant and pot selection, root combing, root pruning, potting, styling techniques, and aftercare, so you can care for and admire your Juniper Bonsai for years to come. Couples are welcome. 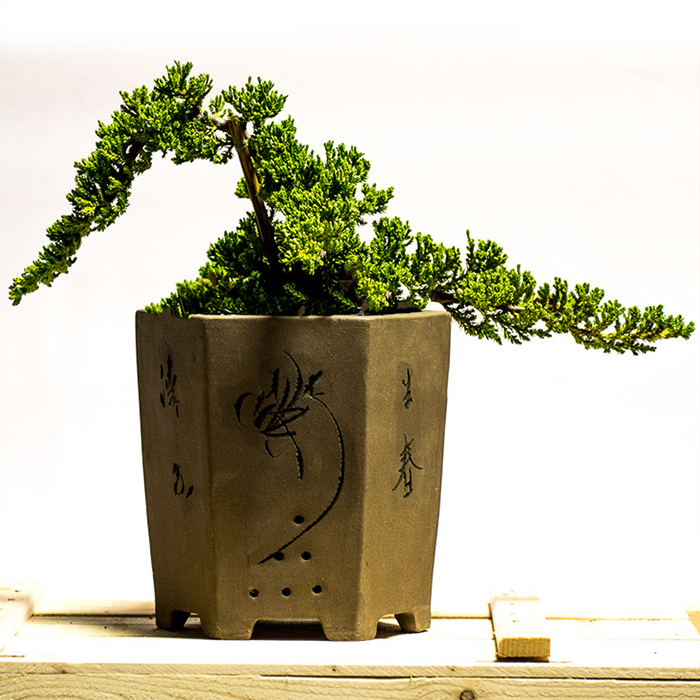 Pictured Above: A Cascade Style Juniper Bonsai (cascading is a pruning & presentation technique).

Green-Thumb-Tip: Use your finger to check about a centimeter into the soil; if it feels a little dry, it’s time to water. Be vigilant, make sure the soil doesn’t get completely dry.

The Juniper bonsai is one of the most popular bonsai trees available today. This cold hardy bonsai is an evergreen conifer found all over the world. They range in color from dark blue-green to a light yellow-green. Juniper bonsai have either needle-like foliage or scaled foliage. A Juniper sabina bonsai (Juniperus sabina var. sabina) in its mature state has scale-like foliage similar to that of the Juniper Procumber pictured to the right. While the Green Mound Juniper Bonsai and the Common Juniper have needle-like foliage.

In Michigan, any variety of Juniper Bonsai is a great addition to your garden or home as a showpiece or accent. Since it’s cold hardy and survives in zones 3 to 9 they require cold treatment in the winter months. They can grow to 5’ wide and 3’ tall over a decade.

Bonsai trees date back to the year 600 A.D. in China. They were known to the Chinese as Penjing meaning “planting on a low pot” and were reserved only for nobles and priests.  In the 19th century, they were given the name of “Bonsai” by the Japanese who adapted the tradition. The Japanese consider the bonsai a meditative practice and regarded the bonsai as a reflection of its owner.

Lamont Jackson is Telly’s Greenhouse’s resident bonsai master and instructor. He is a past-President of the Four Seasons Bonsai Club of Michigan and serves on the board of the Midwest Bonsai Society. Jackson trained with Roy Nagotoshi and studied with numerous bonsai masters and experts across the world.

We hold our Bonsai Workshops on the first and third Saturdays of the month You can stop into Telly’s in Troy and sign up in person or join our mailing list.